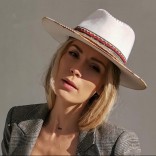 During all my childhood, my mother used to dress me in red. She said it looked good on my pale skin and it made me look more vivacious.The truth is I was very thin and red was the only color that made me look alive. But I hated it. I still do, even though a pair of gorgeous Wang red shoes slipped into my wardrobe. Once I escaped my mother’s hegemony, I wore anything but red.

My highschool memories are all wrapped up in purple. Everything was purple or any shade related to this red and blue mix; paired with yellow just made my mind go Hoolala! Everything I bought or received as a gift between the age of 16 and 18 was purple. I don’t remember how it all started nor how it finished, but I do remember it left a mark on people’s retina.

But it never crossed my mind that these preferrences could have an explanation.

During all my childhood, my mother used to dress me in red. She said it looked good on my pale skin and it made me look more vivacious.

Asking women if they like pink or how do they feel about this color, if they own something pink or if they are likely to buy something pink in the future, all of them said that pink is either for baby girls or for bimbos.

Some of them said that pink should be exiled on the island of unwanted and unflattering colors, not even baby girls should have to wear such a disgrace. I digressed the discussion towards other subjects and after a few minutes I showed them these pictures, with me wearing pink and red.

The hearts, smiles, “wow”, “ohhh” reactions came immediately. Then I said: You are aware that I am wearing pink and you just said you don’t like pink. So it turns out you like pink. Panic came: Ohh wait, I like how you look in this particular outfit, pink is not nearly in the discussion. You can’t say that A likes C just because A likes B and B likes C. Or can you?

Then I started thinking it was an unconscious act for women to be attracted by pink or, as scientists put it, by reddish hues of colors. Neuroscientis Anya Hurlbert from Newcastle University led a study to discover if and why men and women are attracted by the same colors. She conducted an experiment with 208 volunteers between the ages of 20 and 26, putting them to move a mouse cursor as quickly as possible to their preferred color from a series of colored rectangles with different hues, saturation and lightness. Each person completed three separate tests, then was retested two weeks later.

What it turned out is that everyone preferred shades of blue, which neuroscientists already knew, but the interesting fact is that women chose red hues of blue and men chose green hues of blue. What could be an explanation is the fact that in ancient times, men hunted and women had to be able to spot ripe berries and fruits or, as another theory suggests, women, as caregivers had to be particularly sensible to a child with fever, for example and so they developed a sensitivity to reddish changes in skin color.

We are women and, somehow, we are more likely to be attracted by sweet, cute and warm colored things. Put it as you wish, but there is somewhere in our DNA to be sensitive and helpful and, sometimes, this can mean wearing pink.

Good vibes, wittiness & self-respect – the key elements for a strong woman. This is one of the first lessons I teach my clients. I am a style coach that works as a therapist for both the wardrobe and the mind of any woman who needs a change.

I started as a fashion PR for Romanian Designers (Rhea Costa, Marie Ollie) and then continued on my own studying and attending different international courses. Style coaching is my main job but fashion is my middle name so everything related to it comes naturally.

The real feel of daydreaming at Untold

I accept use of cookies
PRESS ESC TO CLOSE