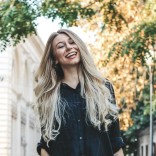 Every time a year passes and a new one just begins, we all have mixed feelings. 2019 was a tough year, with lots of changes and challenges for everyone. But I think this is how we feel about every year that passes. Whether it was a good one or a bad one, we are all excited about new beginnings. It is a a good moment to run a retrospective of “crucial” things that defined the year 2019.

If we were to have a more serious approach, then we would talk about the Amazon Rainforest Fires or the Notre Dame Cathedral Fire, about Greta Thunberg UN speech and the environmental protests that followed, about the mental issues stated in The Joker and how the audience received it, about Lady Gaga and Bradley Cooper or Beyonce’s Netflix production, Homecoming. But the internet was (and still is) full with articles on the serious and responsible side of life, so I decided to keep things loose for the beginning of 2020 with a short list with things that got us crazy in 2019, related to fashion, of course. Things that caught our attention because they were literally everywhere. In both online&offline. So let’s check out what went viral in 2019 if we were to talk about fashion.

I think from now on, seeing a picture with these Balenciaga sneakers will trigger 2019 memories for everyone, even if they had them or not. They are so familiar to me and yet I did not have them at all. They were worn in so many different outfits that made you think of wearing them with anything, everyday, any colour.

This woman never stops to surprise us! She is fearless, trusts a lot her body and she is so confident, an example for all women. In 2019 she proved this again. She shut down the Milan Fashion Week show wearing a remake of her iconic Versace dress from the 2000 Grammys. She also played one of the main characters in the drama film Hustlers, exposing her body and playing the role of a woman so easily criticised in real life for her choices, but showing the world that some of these type of women may do this out of necessity. She played her character perfectly, showing again a very strong woman and filled up all the cinemas.

Budget is no problem for this trend, you could literally find the cycling shorts anywhere you went. I thought of this trend as having both advantages and disadvantages because it came as an idea of combining something sporty and comfy with something that was not in the same sporty area. They were all over the catwalk presented by many designers.

If you did not read this at the time, let’s reflect about it now. Harper’s Bazaar announced in October 2018 the coming of this trend in Spring 2019 and they were totally right. It really went viral and were worn by everybody interpreted differently. Some were very good interpretations, some were not that good but hey,  it’s a trend!

Worn for decades, headbands evolved from just things to hold the hair worn in many ways to Prada’s Catwalk show for Spring/Summer 2019.
After that, it became something like – headband worn with everything – all over the world. They are in different forms, sizes, with pearls, with everything you can think of. Sales for these ones were booming but will this headband-business continue to have success in 2020? I’m very curious about this one.

Good vibes, wittiness & self-respect – the key elements for a strong woman. This is one of the first lessons I teach my clients. I am a style coach that works as a therapist for both the wardrobe and the mind of any woman who needs a change.

I started as a fashion PR for Romanian Designers (Rhea Costa, Marie Ollie) and then continued on my own studying and attending different international courses. Style coaching is my main job but fashion is my middle name so everything related to it comes naturally.

The real feel of daydreaming at Untold

I accept use of cookies
PRESS ESC TO CLOSE